What words mean to a Dyslexic 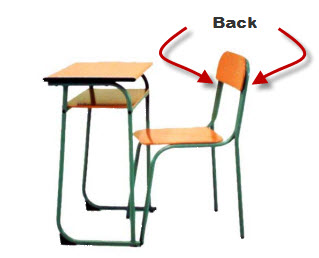 Many words in the English language are abstract and confusing for the dyslexic student. One major reason is words can have have multiple meanings.

For instance, the word "back". When you say "move back" or "stand back" are they the same thing? On a horse there is the physical position "back or backside of the horse" and then the "back of a horse" which is a part of the horse. The "back of a horse" is also the top. And just to be more confusing "we rode the horses back to the ranch"!

How about the word "back" when it's used in sports? "The "quarter-back" pulled his arm back to pass the ball back to the "full-back" or to the "half-back". 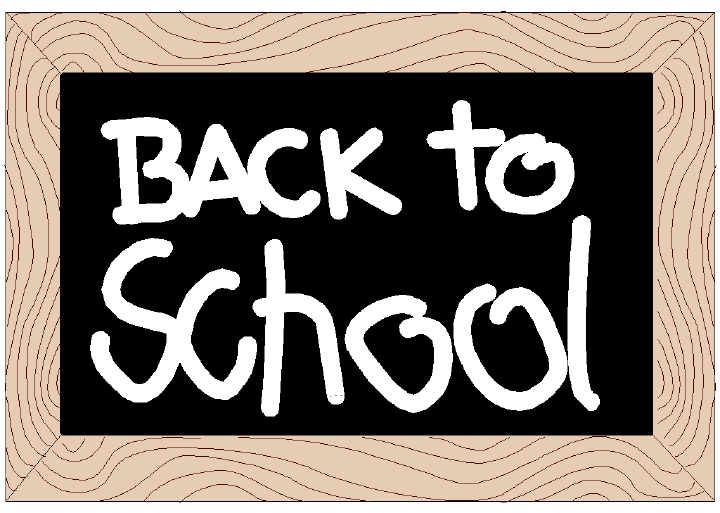 The right-brained student must change words into concrete images first to understand them and then needs to know whether we are talking about a name, a direction, a position, an action, etc.

It is important to be clear with a dyslexic child or adult about the meaning of what we write or say. A right-brained person can interpret a statement or story in many ways and become easily confused and frustrated. So as a parent, teacher, tutor, friend or employer of a dyslexic be clear about what you are doing or asking them. They will be thankful, capable of understanding what is going on and consequently able to respond correctly.

Try other words such as "left" and play the game with a dyslexic person in your life. You will probably be surprised at how many you can think of.

We have provided the ENCARTA DICTIONARY" definitions of "back" to demonstrate how one word can have many meanings and some the opposite of each other. For a Dyslexic student, this can make a very confusing world and probably other children also.

DEFINITIONS OF THE WORD "BACK"

1. anatomy rear part of body: the rear part of the human body between the neck and the pelvis carrying a baby on her back back pain

3. anatomy area of vertebrate's body: the area of a vertebrate animal's body on each side of the backbone

4. part at rear: the part that is at the rear of something or is farthest from the front Someone at the back of the crowd called out.

5. side not usually seen: the side of something such as a sheet of paper or a photograph that carries less information or is away from the viewer

6. part of garment: the part of a garment designed to cover the wearer's back

7. part of piece of furniture: the part of a seat designed to support somebody's spine

8. part to which pages are fixed: the part of a book where the pages are glued or stitched to the binding

9. sports defensive player: a player in sports such as soccer or hockey whose role is mainly to prevent the other team from scoring

10. sports player behind line: a player positioned behind the offensive or defensive line, especially in football

1. in reverse direction: in the opposite direction from the one in which somebody or something was previously facing or traveling She looked back over her shoulder.

2. at distance: at a distance from where something is situated or taking place Stay back, the dog might bite.

3. in reserve: as a reserve or supply kept for future use I kept back part of the proceeds.

4. so as to uncover something: away from something so as to leave something else uncovered or revealed roll back the carpet

5. so as to recline: in or into a reclining position Sit back and relax.

6. in or into past: used to indicate a time in the past See also ago It happened about three weeks back.

7. to more distant time: used to indicate movement in time away from the present will put the clocks back postponed the wedding and moved it back to next year

8. to original owner: to or into the keeping of the original or former owner or possessor You can have it back now, because I'm finished with it.

9. in return: as a reaction or response to something She called me while I was out, so I called her back.

10. indicates direction and distance: in the distance behind something, especially somebody's present position We passed it about two miles back.

11. returned to condition or topic: used to indicate a return to a state, situation, or subject of discussion to get back to your point

1. located at rear: located at the rear of something, or at the part farthest from the front Use the back entrance. a back room

2. issued earlier: published or issued at an earlier date a back issue

3. remaining from earlier time: due at or owed from an earlier date paid the back taxes in full

5. remote: situated away from the main centers of population or activity explored the back areas of the canyon

6. reverse: moving in an opposite direction from the usual one

7. phonetics formed at rear of mouth: formed at or toward the rear of the mouth, as the vowel in "ball" is a back vowel

3. transitive verb bet on outcome of race: to bet money on the person, team, or animal thought likely to win a race or competition

4. transitive verb provide proof to support something: to provide evidence or proof in support of a statement But can they back their allegations?

9. transitive verb regional address envelope: to write an address on an envelope or letter

1. to adjust the sails of a vessel to allow the wind to move in and out of them in an alternating manner while maneuvering in a narrow channel

2. to dither or vacillate in actions or decision-making

1. first in one direction and then in the opposite direction, usually forward and backward

back of at the back of or behind something

behind somebody's back when somebody is not present

get off somebody's back to stop criticizing or pressuring somebody (slang)

get your back up to become annoyed or angry (informal)

get your own back to get revenge (informal)

have your back to the wall to be in a very difficult situation, with little chance of getting out of it

put somebody's back up to annoy or antagonize somebody (informal)

put your back into something to put effort, especially physical strength, into doing something

stab somebody in the back to do or say something harmful to somebody after pretending to be a friend After promising not to tell anyone, he stabbed me in the back and went to the press.

you scratch my back and I'll scratch yours if you help me, I will help you in returnoften refers to unofficial or dishonest business dealings

back of and in back of:

Back as it applies to the past refers to a change to an earlier time. They have moved the estimate of its date of origin back a hundred years would mean a change from, say, ad 1000 to ad 900. As the word applies to the future, however, it usually signifies a change to a later time: The forecast is for rain, so let's move the picnic back a week. What the two uses have in common is movement in time away from the present. Up is the opposite of back in this sense: Let's move the date up means moving the date closer to the present, and thus in future contexts changing it to an earlier one. Forward in future contexts is used less consistently than either back or up; it is best avoided. All these words become particularly confusing when the subject is, for example, a decision, now in the past, about what was at the time the future: Last month she told me she wanted to move my appointment back. In a context like this, make earlier or make later is clearer.

In the sense "to write an address on an envelope or letter," back is a mainly Southern and South Midland term, being found from Tennessee and Georgia to Texas, with scattered instances of use in New England, the Midwest, and the West.